Big Drawdown in US Crude Oil Stocks due to Strong Demand Big Drawdown in US Crude Oil Stocks due to Strong Demand

On Wednesday, oil prices surged after US Crude stockpiles fell by roughly 5 million barrels and fuel demand reached an all-time high, highlighting the market’s persistent tightness. Brent Crude futures closed at $91.55 a barrel, up 77 cents, or 0.9 percent. The price of West Texas Intermediate Crude (WTI) in the United States rose 30 cents to $89.66 a barrel. 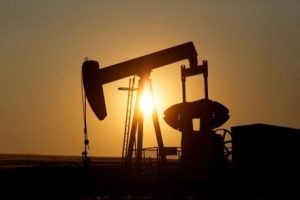 The increased activity and ramp-up in refinery processing in the United States portends a tight market in the coming months. “The data was decisively bullish hands down – everything was optimistic, with inventories at their lowest level in years,” said Price Futures Group analyst Phil Flynn. Concerns about persistent supply risks in the United Arab Emirates, which has been struck by attacks from Yemen’s Houthi group, and over Russia, which has thousands of troops stationed near Ukraine’s border, have further bolstered the market.

The Biden administration replied to high prices this week by claiming, as it did late last year, that it has been in discussions with significant producers regarding increased output as well as the possibility of additional strategic releases from large customers. According to Flynn of Price Futures Group, this aided part of Wednesday’s trading, which saw later-dated contracts beat the front-month. For example, WTI for December delivery gained 96 cents on the day, lowering the market’s existing backwardation. Backwardation occurs when short-term contracts are more expensive than longer-term contracts, signalling a tight market.