Last week, a Ugandan friend informed me that Gasoline costs had jumped by 50% there. I inquired as to who the folks were blaming. “Our President,” says the speaker. That’s all there is to it. The President of Uganda is to blame for the increase in  prices. Not at all. It does, however, demonstrate that it is natural for any country to blame its leaders for rising costs. As I have stated, the President of the United States has few levers by which he may influence prices in the short run.

Many policies can impact supplies and, as a result, oil and Gasoline prices in the long run. Drilling restrictions and the rejection of the Keystone XL pipeline permit are two examples of policies that could negatively impact future supply and prices. 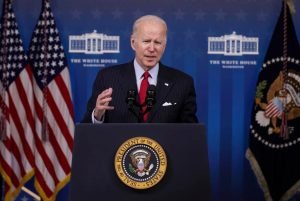 However, in the short run, the President has three main possibilities for influencing Gasoline prices. One option is to declare war on a significant oil producer. Oil prices began to soar when Iraq invaded Kuwait in 1990. When the United States stated that it would lead a coalition to remove Iraq from Kuwait, they soared even higher.

The result was the oil price shock of 1990. Because the armed war didn’t last long, the oil price surge was short-lived. Any military action that threatens to directly harm a significant oil source, on the other hand, can quickly change the price of oil, and thus. The President can also influence Gasoline prices by enacting a change in Gasoline taxation. However, this is highly unlikely. Since 1993, the federal gas tax has remained unchanged at 18.4 cents per gallon. Increasing it would be politically tricky, therefore this is a viable but unlikely strategy for rising fuel costs.