Oil prices have fallen to their lowest levels in six weeks, with Brent and WTI falling below the psychologically significant $80 per barrel line for the first time in weeks. In Friday’s intraday session, Brent was trading at $79.67 per barrel, while WTI was at $77.65, as talk of multiple countries releasing crude from their strategic reserves gained traction. According to Reuters, the Biden Administration has contacted several countries, including China, India, South Korea, and Japan, to urge them to coordinate petroleum release from their Strategic Petroleum Reserves (SPRs) to reduce global energy prices.

On the other hand, European gas prices have rebounded from intra-week lows as Russian supply flow indicators have remained disappointingly low. According to the Financial Times, even though Gazprom began adding gas to its major storage sites in Germany and Austria this weekend, Russia has yet to secure more pipeline capacity, implying that any storage fill will come from existing flows. 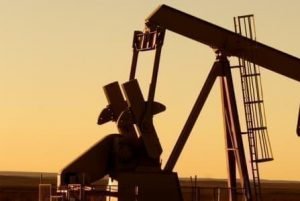 The price of Dutch Title Transfer Facility (TTF) gas increased by EUR 0.873 per megawatt-hour (MWh) before rising above EUR 89/MWh on November 16 when the regulatory clearance procedure for the Nordstream 2 pipeline was temporarily halted. It’s also worth mentioning that the COP26 summit, particularly the conclusion of the Paris Agreement’s carbon trading regime, has boosted the price of EUA carbon allowances.

While gas prices have remained robust in other parts of the world, they have continued to decline in the United States, thanks to a reasonably stable inventory position resulting from a warmer-than-normal start to the winter and, of course, the recent SPR developments.