Aramco, the world’s largest oil firm, did not reveal any new hydrogen investment plans at the ceremony. Instead, CEOs articulated their vision for a lower-carbon future in which hydrogen will be widely used by the end of the decade. Al Khowaiter said, “Today we’re showing that the technologies for the use of hydrogen are mature and commercially available… and we see this kind of as an inflection point in the market for hydrogen.” 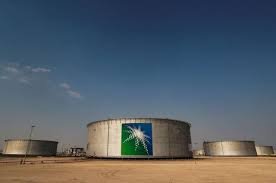 Because it is a decarbonized energy product, there is a chance for us to serve a new market, a rising demand, and a sustainable market. Hydrogen, according to energy experts, has the potential to be a game-changer. According to the US Department of Energy, hydrogen can provide or store a significant amount of energy and can be utilized in fuel cells to generate electricity, power, or heat.

According to the International Energy Agency (IEA), hydrogen is used for a wide range of applications and in industries such as manufacturing and transportation, according to the International Energy Agency (IEA). This, according to Aramco, will change in the coming years. The hydrogen push comes after Big Oil was dealt a triple blow in terms of climate change last month. Activist investors successfully petitioned Exxon’s board of directors, Chevron’s shareholders pushed through plans to reduce emissions. A Dutch court ordered Royal Dutch Shell to decrease pollution by roughly half by the end of 2030.