Another Pipeline Project Considering for Shut Down says Biden Administration Another Pipeline Project Considering for Shut Down says Biden Administration

Opponents have criticized the Biden administration for purportedly analyzing the potential market ramifications of shutting down an oil pipeline in Michigan. Biden energy secretary, former Michigan governor Jennifer Granholm, said Sunday that heating prices would climb this winter regardless of the administration’s decision on the project. According to individuals who talked to Politico, the government has yet to determine what to do with Line 5. Officials were gathering material to offer a clear picture of the issue. Line 5 is part of a network that transports around 540,000 barrels per day of crude oil and other petroleum products from western Canada.

In Escanaba, Michigan, petroleum is extracted from a pipeline. The Mackinac Center for Public Policy’s head of environmental policy, Jason Hayes, slammed the Biden administration’s energy policies, telling Fox News that their work on Line 5 is “just one more example of being divorced from reality.” As the country prepares for the winter, Hayes painted a bleak image of what stopping Line 5 might entail if people could not access natural gas or the electricity it delivers. 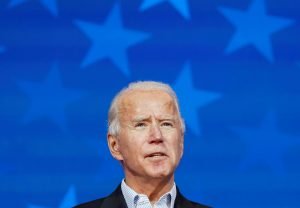 “They’re planning to power an industrial nation like the United States on solar panels and wind turbines,” Hayes said. “I hope it doesn’t end like this, but where I see it going is unfortunately the same thing that happened in February in Texas: People freezing in their homes.” China and Russia appear to be the only countries recognizing the need for reliable, affordable dispatchable energy.

Unfortunately, they’re also the only ones who produce energy, and they’re more than willing to keep that energy hostage for the rest of the globe. Republican members in Congress have criticized the Biden administration’s decision on Line 5, with more than a dozen sending a letter to Biden on Nov. 4 advising against such a move while gas prices have risen by 50%.