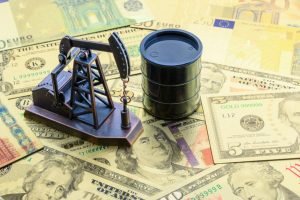 Occidental petroleum corp. saw a mere $0.5 billion in divestitures, relatively small given the company’s recent divestitures. The majority of this came from WES unit sales. The company saw $1.6 billion in FCF generation for the quarter, representing the highest quarterly FCF for the company since 2011, cash flow which it can use to pay off debt. It also represents a 25% annualized FCF yield for the company. The company managed to improve its balance sheet by $0.5 billion and has strong room to continue growing it.

The company’s new capital spending is expected to be approximately $2.9 billion annually with expenditures at roughly 1.14 million barrels per day. The company is continuing to improve its efficiency while maintaining strong production. The company has set several records in efficiency recently. This includes a 17-hour 10 thousand foot lateral clean-out and 560 hours pumped in just one month.