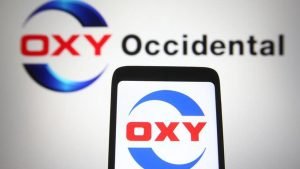 Occidental Petroleum Corp trading volume (15.1 M) remained 2.4 million below its 50-day average volume of 17.5 M.This was the stock’s fourth consecutive day of gains. The oil and gas giant saw its stock spike 4% as of 10:20 a.m. ET, taking shares within striking distance of their 52-week high.

On Monday, Bank of America issued a note to investors that oil could spike above $100 next year, which has spurred investing activity, but the Occidental story has been building for some time. Five days ago, Morgan Stanley upgraded the company, saying it expected Occidental, also known as Oxy, to benefit from rising oil prices.

The firm predicted a 40% gain. Occidental Petroleum grew revenue at 9.3% per year. That’s a pretty good rate of top-line growth. That contrasts with the weak share price, which has fallen 18% compounded over three years. Occidental Petroleum provided a TSR of 20% over the last twelve months. But that was short of the market average. Over five years the TSR has been a reduction of 9% per year.