The new study now claims that drinking Alcohol can directly cause cancer.can increase the risk of several types of cancers, including head and neck, breast, mouth, esophagus, rectum, liver and colon. Heavy drinkers are at a higher risk than occasional and social drinkers, but the risk exists for everybody who consumes liquor.

There is a discussion about adding a cancer warning label to Alcohol beverages like on tobacco products, but there’s been little regulatory or legislative push in that direction. has been known to have severe ill effects on health, including liver damage. However, unlike tobacco,association with cancer is not widely understood by the general population. Even within the medical community, there’s a long-running debate on whether the occasional drink comes with an increased risk of cancer compared to not drinking at all. 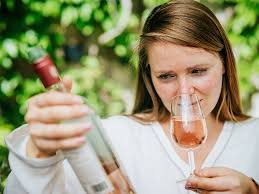 The latest study is accepted as accurate, it would end those debates and bring about a sea-change in the way people look at Alcohol and how it affects human health. The study conducted by researchers from Oxford Population Health, Peking University and the Chinese Academy of Medical Sciences, Beijing, claims that Alcohol is a direct cause of cancer.

For their study, the researchers used DNA samples from over 150,000 people in China and tracked their drinking habits and general health records for around 11 years. The research found that people drinking more Alcohol had significantly higher rates of cancer, especially the types that were already linked to drinking.