A Battery Plant is being Fueled by Top Automakers A Battery Plant is being Fueled by Top Automakers

To that aim, the Department of Energy’s Vehicle Technologies Office has identified 13 new Battery plant projects that will be completed in the next five years. #1 Ford is constructing a $5.6 billion industrial site just outside of Memphis that will produce electric trucks as well as vehicle batteries. Construction of BlueOval City, dubbed BlueOval City, was set to begin by the end of this year, with manufacturing set for 2025. The Battery plant, according to Tennessee Governor Bill Lee, is the state’s largest single investment. 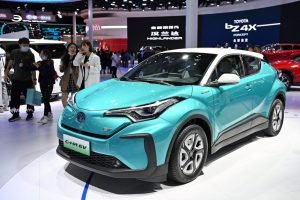 #4 A 50/50 joint venture between General Motors and LG Chem is nearing completion on a Battery plant in Lordstown, Ohio. This is GM’s first Ultium Gigafactory, which will generate 30+ GWh of electric vehicle per year with the ability to produce more.